skip to main | skip to sidebar

Ross Mirkarimi member of San Francisco Board of Supervisors 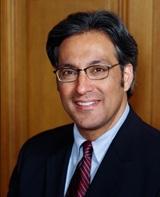 
SAN FRANCISCO – The nation's leading political campaign trade publication has broke with its Democratic/Republican tradition and named a Green Party political consultant as one of the country's "rising stars."

"Campaigns & Elections Magazine" profiled San Francisco Green Party activist and consultant Ross Mirkarimi this month and named him as one of 15 "National Rising Stars." He was given the magazine's "General Excellence" award.

Mr. Mirkarimi has also worked over the past 15 years for the Police Reform initiative, Campaign Finance Reform, Public Power and the Sunshine Law and many others. He has a reputation in political circles as a tireless fighter for the underdog and as someone who can turn a long-shot into a contender.

Mr. Mirkarimi is now a Green Party candidate for the District 5 Supervisor seat in San Francisco
Posted by Anonymous at 8:39 PM No comments: 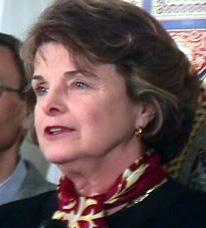 Gevin Newsom the Mayor of San Francisco, Diane Feinstein the senator from California and Bornstein the editor of San Francisco Chronicle all tried to have Mirkarmi defeated. Despite all these odds Ross Mirkarimi got elected. And somebody who can defeat this kind of gigantic political machinery in San Francisco, is regarded as a superman by the officials of the democratic party. They never thought that is possible.

The question of battleship Iowa was an issue that brought Feinstein and Mirkarimi into open conflict. But the real issues of disagreements in San Francisco runs deeper than Iowa. Mr. Mirkarimi is actively involved in police accountability reform in San Francisco. Diane Feinstein is a staunch supporter of police. She always have press conferences with the police about the issue of "Gun Control" practically every month. That is "Gun Control" for ordinary citizens but not any "Gun Control" for police.

Diane Feinstein is definitely against any influence by Iranians in California. She is also a falling star after many years in Washington has very little to show for California voters. The democratic party itself in a state of collapse after defeats in national elections. The senate intelligence committee which she is a ranking member is in chaos after all the purges in CIA in connection with the new leadership assuming power under Porter Goss as the new director for the CIA.
Posted by Anonymous at 8:39 PM 2 comments:

''very petty decision.” Adding, ‘‘this isn't the San Francisco that I've known and loved and grew up in and was born in.”

This statement by Diane Feinstein attracted the attention of the national mass media in US and everybody understood that Diane Feinstein is dealing with a serious opponent. Under normal conditions in California, when somebody mentions Diane Feinstein name, everybody gets scared. But in this case it was Feinstein who was scared.

"If I was going to commit any kind of money in recognition of war, then it should be toward peace, given what our war is in Iraq right now,"

Supporters of Diane Feinstein questioned her as to why she is not taking action against these people:

For once Diane Feinstein and I agree. But the question now is: What are you going to do about it, Sen. Feinstein? You have immeasurable power in the Democratic Party of San Francisco and could likely unseat these people in the primaries if you tried. But you won’t. There is a reason why the earnestness of the left’s patriotism is openly questioned: it is because you tolerate and support blatantly anti-American nuts in your midst.
Human Events
by Mac Johnson
Posted Aug 22, 2005 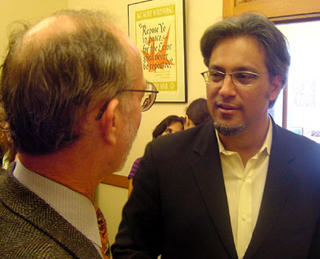 Posted by Anonymous at 8:39 PM No comments:

A Letter to Mr. Mirkarimi:

You, Mr. Mirkarimi, are a DISGRACE to America, and so are your Komrades. How DARE you dishonor those who sacrificed for you to have the RIGHT to hate America as you do. And let’s not kid ourselves, buddy; don’t pretend that you love America–you only love the Utopian States of America that exists in your imagination. Anything short of that is shameful to you, isn’t it? It’s an absolute crime that America-haters actually hold positions in government in this country–it’s only due to our greatness and our freedom that scum like you are allowed to.

You represent everything that is WRONG in my country. My sole consolation is simply that it must be hellish to be such a self-loathing, miserable bastard as you are. You can be sure that although MY money might not be much to you, it won’t be going to San Franciscostan or anything that comes from there.

This is yet another indication of just how out of touch with San Francisco the Chron has become. I held out for a bit of hope when the paper endorsed (albeit weakly) Green Lisa Feldstein (African American) in district 5, but now I suspect that was a cynical ploy to weaken support for front runner Green Ross Mirkarimi.
Posted by Anonymous at 8:39 PM 1 comment: 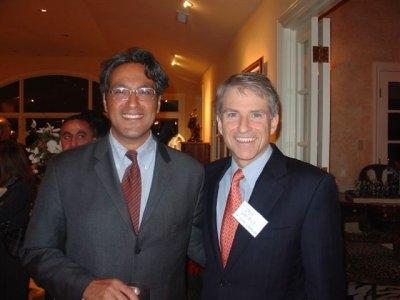 The event was organized to celebrate the one-year anniversary of IAPAC and to acquaint the Iranian American community in Northern California with the mission, goals and activities of the organization. Members of IAPAC’s Board of Trustees, Mr. Faraj Aalaei, Mrs. Laleh Amir Teymour, Mr. Majid Ghafgheichi and Mr. Mehdi Maghsoodnia were also in attendance, as well as IAPAC Junior Trustee Ms. Mercedes Salem and Political Director Mr. Morad Ghorban.

Mrs. Gita Kashani began the evening’s program by introducing Mr. Ross Mirkarimi. “History was made when Mr. Ross Mirkarimi became the first ever American of Iranian Heritage to be elected to the San Francisco Board of Supervisors, a position which I might add, launched the political careers of individuals like San Francisco Mayor Gavin Newsome and Senator Dianne Feinstein”, said Kashani.

Mr. Mirkarimi began his remarks by thanking the Iranian American community in the San Francisco Bay Area for supporting his campaign. The son of a Jewish Russian mother and an Iranian immigrant, Mirkarimi was schooled by Jesuits in Rhode Island and embedded, as he says, with “coalition-building DNA.” Mirkarimi explained his strategy of running an effective and relentless field campaign. Throughout the campaign, Mirkarimi visited key transit passages and introduced himself to countless residents. He consistently visited churches as well as knocking on doors in every neighborhood in the District. Using his extensive experience of running successful political campaigns, he sought after and received the endorsements from well-known community leaders.

Following Mirkarimi, California State Controller, Mr. Steve Westly, spoke about the importance and effectiveness of organizations such as IAPAC in the American electoral and legislative process. “PACs are a way to increase your community’s voice on the issues of concern,” said Westly. On a more personal note, Mr. Westly attributed his success to Iranian Americans such as Mr. Pierre Omidyar of eBay, who helped launch his business career. With a high level of educational attainment and entrepreneurial success, Iranian Americans play a prominent role in contributing to the social and economic fiber of California and are the future leaders in maintaining our state’s competitive edge. As State Controller of California, Mr. Westly serves as the Chief Financial Officer of the 5th largest economy in the world.

Perhaps, one of the most poignant speeches of the evening came from Ms. Banafsheh Akhlaghi of the National Legal Sanctuary for Community Advancement (NLSCA). The NLSCA is non-profit organization that provides pro-bono and sliding-scale counsel for individuals in need of legal services related to issues arising from civil rights, FBI interrogations, immigration, employment and educational discrimination. They are the first legal organization in the US purely dedicated to providing accessible legal advocacy to protect the civil rights of Middle Easterners, Muslims and South Asians.

Ms. Akhlaghi explained how IAPAC helped bring to the attention of Congress recent legislative and regulatory developments that have singled out Iranians for special scrutiny, and in a large number of cases, have unjustifiably resulted in the detention of Iranians without due process of the law. IAPAC was “instrumental” in obtaining Congressional sponsorship to conduct two bipartisan briefings on Capitol Hill on the Iranian American Bar Association’s recently published investigative report concerning the detention of Iranian nationals under the National Security Entry-Exit Registration System ("NSEERS"). The NLSCA was invited to serve on the panel at both briefings.

Following Ms. Akhlaghi’s lead, IAPAC Political Director, Mr. Morad Ghorban, explained that IAPAC contributions are a means of access to discuss policy positions and educate policy makers about the various domestic needs of the Iranian American community. “Our mission is very simple, to finically support the election of candidates for federal, state and local office, regardless of party affiliation, who are attuned to the domestic needs of the Iranian American community, said Mr. Ghorban. IAPAC focuses exclusively on domestic policy issues such as civil rights, immigration and civil liberties, and encourages Iranian Americans to actively participate in the electoral process. IAPAC Trustee, Mr. Faraj Alaei, concluded the evening by reminding the participants that the American political system is dependent on financial contributions. “The reality of the American system teaches, moreover, that a community’s voice will be heard only if it is organized, is financially strong, and has a coherent, persuasive message,” said Mr. Aalaei. As such, IAPAC’s twenty-two founding trustees concluded that a political action committee representing our common interests was indispensable.

IAPAC would like to thank members of the Northern California Host Committee, Board of Trustees and guests whose participation made the evening a success.

Posted by Anonymous at 8:39 PM No comments:

Anonymous
I live in Los Angeles and I work with computer related jobs. I speak 4 languages. I am married to a Persian girl who is from a region where the Persian Empire was based.